When Adhemar won the gold medal at the Melbourne Olympics, Rosemary saw him for the first time. She was only 15 years old then but she has kept his memory of him alive.

The Brazilian triple jumper who won gold at the 1956 Melbourne Olympics and set four world records, had a major impact on the life of this young woman who went on to become an Olympic Games volunteer later in life.

“My life changed the day I saw Adhemar on the track in Melbourne. It was truly inspiring. He was not only this exceptional athlete but also the first black man I saw in my life”, recalls the British-Australian, as she speaks with SBS Portuguese about Adhemar Ferreira da Silva.

Shortly after Adhemar died in 2001, Ms Mula decided to honor this Brazilian sporting legend’s legacy with the Adhemar Ferreira da Silva Memorial Scholarship – an Australian scholarship that has helped dozens of sports students in the country, including world champions Dani Samuels and Fabrice Lapierre, pursue their Olympic dream.

Above all, he won the hearts of the Brazilian people by winning two gold medals at the Helsinki Olympics in 1952, where he surpassed the world record in the triple jump and then at the Melbourne Olympics in 1956.

Being his fan since 1956, Ms Mula felt that Adhemar’s history and legacy should not be forgotten.

The day Adhemar died, my husband and I decided we had to do something to celebrate his life, honor him and continue his sporting legacy here in Australia, where he won one of his Olympic medals.

Shortly after his death, Adhemar’s daughter sent Rosemary the sports shoes he wore as an Olympic champion in Melbourne.

Inspired by this gesture and a radio news story about a high school, Rosemary instituted a sports scholarship for children in athletics, which she maintains to this day.

“My husband and I, after hearing on the radio that Westfields Sports High School – with the most vulnerable students – needed money to provide these students with participation in sports events, we looked at each other and decided that there was an opportunity to do something in the name of Adhemar,” Ms Mula tells SBS Portuguese.

When we heard that Westfields Sports High School needed just $300 to get their most talented sports students to compete for Australia, we decided not only to pay the total amount but to create the Adhemar Ferreira da Silva Memorial Scholarship.

And so it happened.

Since then, Rosemary and Wilfred Mula have helped many students, including athletes Dani Samuels and Fabrice Lapierre, who went on to become world champions years after being awarded the Adhemar Ferreira da Silva Memorial Scholarship in the discus throw and long jump respectively. 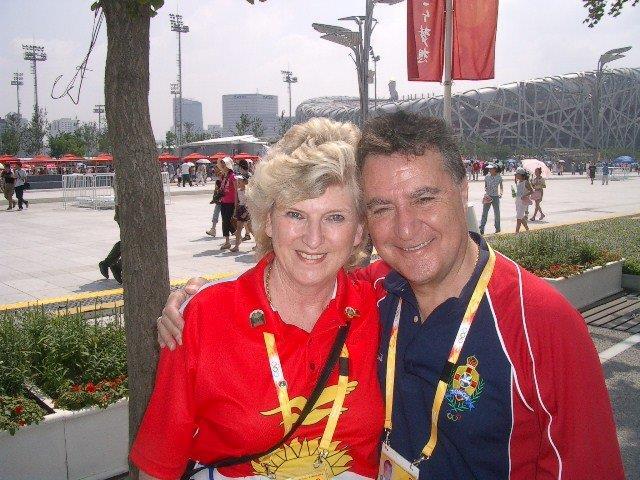 Rosemary and Wilfred Mula at the Beijing Olympics where she accompanied delegations from Tonga and Kiribati.

In 1956, Ms Mula had just arrived in Australia from England after a long six-week boat trip which at that time, “no family took lightly”.

Coming to Australia was ‘goodbye forever’ to everything I knew and liked and everyone I loved. I was a very angry teenager”, she recalls.

Reaching Down Under felt like reaching the promising path in athletics that Ms Mula had traced for herself in England from an early age.

But to cheer her up and make her feel more ‘at home’ in Melbourne, her father bought her a ticket to the first Olympic Games of her life, which took place a few weeks after the family arrived in Melbourne.

Little did her father know that her life would change forever that day.

When she saw Adhemar on the athletics track, the teenager knew that moment would define her destiny and that it would most certainly include athletics.

“I was with a group of kids cheering for Adhemar, shouting ‘da Silva, da Silva, da Silva,’ while he was competing on the athletics track. At the end of the competition, he came to us to thank us for the support and to advise us to study, listen to our parents, do our homework, and train hard. He told us all the good things,” recalls Ms Mula.

After that day, she didn’t cross paths with Adhemar for many years.

She went about her life, studied, got married and made a career as a teacher. Life turned her away from athletics for a while. But not for good.

Adhemar da Silva appeared again on her horizon in Singapore.

Many years later, Adhemar’s words left a deep impression on me. He took my face in his hands and said, ‘Rosemary, your Olympic journey is not over. Find a way’.

A solid and lasting friendship bonded Ms Mula and Adhemar for decades. They would meet each other’s families over the years.

For her, Adhemar has always been an excellent reference.

“Adhemar was an inspiration, a person with a huge heart. A unique man from a humble family who learned five languages ​​and transformed many people’s lives around him,” she says.

A polyglot, Adhemar also studied sculpture, physical education, law and public relations. He was even a diplomat at the Brazilian embassy in Nigeria, a columnist, and a sports commentator. 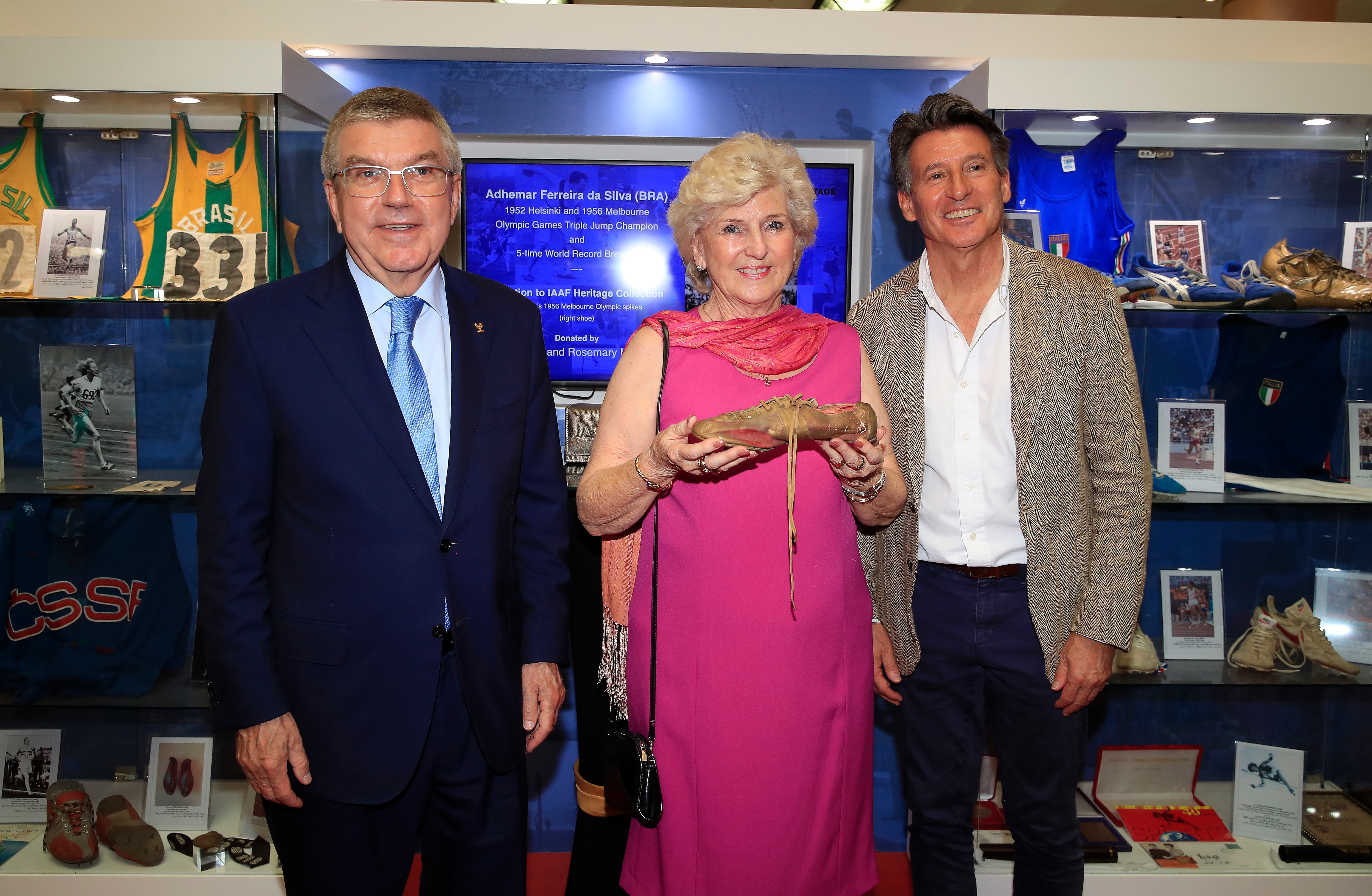 In addition to being one of the most prominent Brazilian athletes of all time, Adhemar da Silva was also talented on the guitar and even acting. I have acted in the play Orfeu da Conceicao by Vinicius de Moraes and the Italian film Black Orpheus which won the Oscar for best foreign film and the Palme d’Or at the Cannes Film Festival in 1959.

In the meantime, here in Australia, Ms Mula had become an Olympic Games volunteer.

And this was the great adventure that a former athlete and former teacher lived through several seasons of the Olympic Games in several countries.

My years of Olympic volunteering were beautiful, exciting years.

The day Adhemar died, the Mulas received a phone call in the middle of the night.

“It was my husband who answered. I had a bad feeling since we only get calls this late when there’s bad news. It was a shock to me”, recalls Ms Mula.

The legacy of Adhemar’s sporting excellence lives on in Australia through the Adhemar Ferreira da Silva Memorial Scholarship instituted by one of his most ardent admirers and diehard fans.

To listen to the full interview, click on the audio player inside the picture at the top of the page.